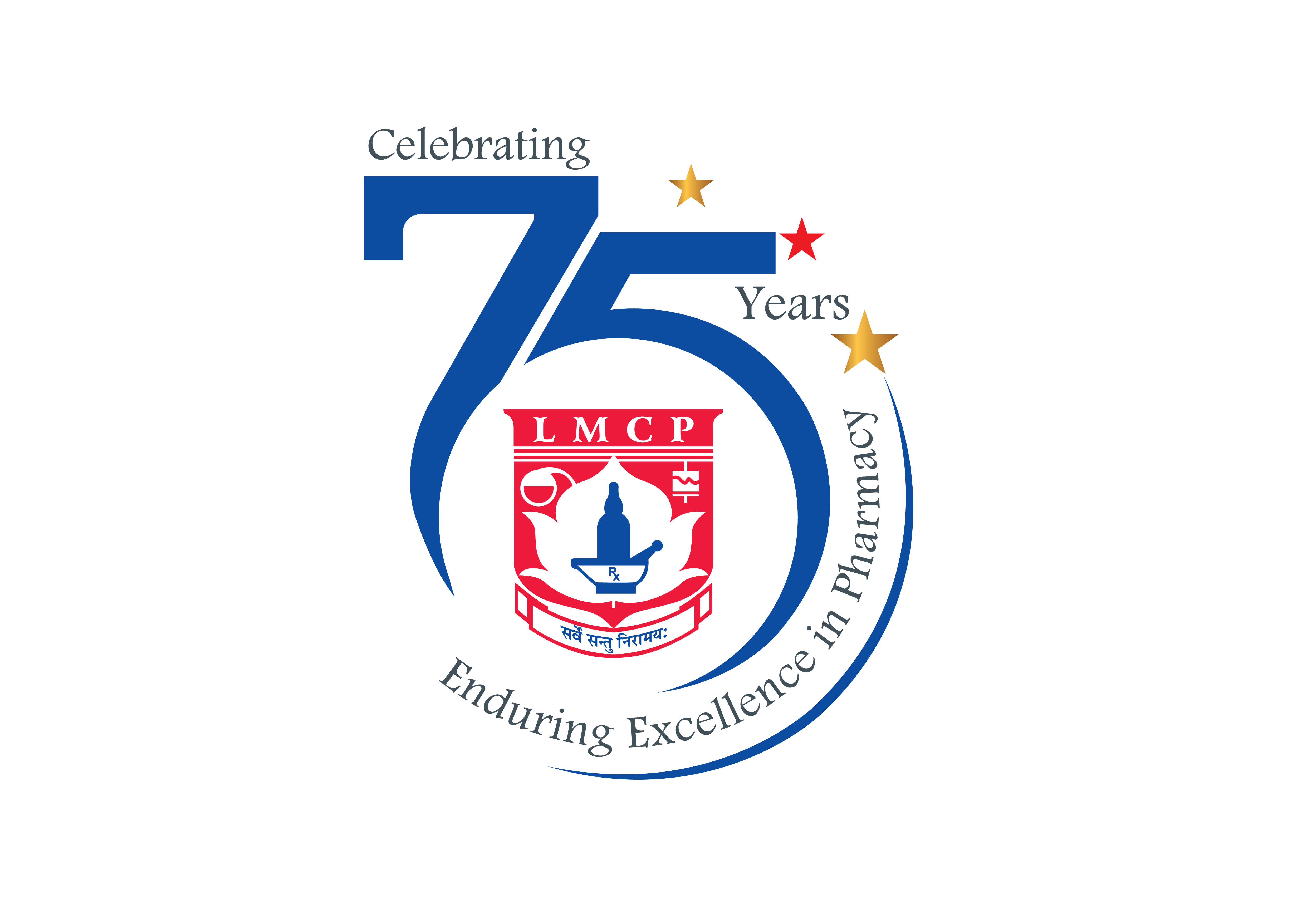 In Gujarat, the need for pharmacy education was increasingly felt with the rapid growth of the state’s pharmaceutical sector. This led to discussions between Sardar Vallabhai Patel and Shri Ganesh Vasudev Mavalankar, better known as Dadasaheb Mavlankar, who was the president of the Ahmedabad Education Society at that time. As a result of these talks, the Lallubhai Motilal College of Pharmacy (L. M. College of Pharmacy) was established in June 1946, supported by a donation given by Smt. Revabahen, wife of Sheth Lallubhai Motilal, and her sons Narsibhai, Ramanlal and Ratanlal.

The college started with Bachelors of Pharmacy course and was affliated to Bombay University.

The college was built by M/S Gannon Dunkerly and Co. ltd, which constructed the L D Arts College, M.G. Science Institute prior to LMCP. It started functioning from one of the wings of the M G Science institute and was shifted to the present premise in 1949.

The Logo of the college was designed in 1947. The logo carries the famous mantra in Sanskrit ‘Sarve Santu Niramaya’. The literary meaning of which is Good health for All.

Being the first full-fledged pharmacy college in Asia, LMCP steadily gained acclaims abroad and used to attract number of foreign students till 1970’s. Nuns and people from East Africa, Uganda used to avail the reservation of seats by the Government of India. There were number of South Indian Students in the Master’s Programme.

Around 1995, the intake of foreign students stopped. For UG and Diploma courses, centrally reserved seats for foreign candidates continue to remain even now.

The college is affiliated to Gujarat Technological University since 2008. There are more number of industry-academia collaborations happening since the year 2015. More numbers of MoU’s are signed between LMCP and Pharmaceutical Industries like Zydus Cadila, Intas etc. MoU’s for research collaborations are signed between LMCP and various Universities like UKA TARSADIA, CHARUSAT, IIPH etc.
The college has been granted financial assistance from NITI Aayog’s Atal Innovation Mission to set up Atal Incubation Centre (AIC-LMCP Foundation) for sector specific pharma and healthcare in the year 2017.

The college is identified as a grantee institute by Government of Gujarat under its Student Start Up and Innovation Policy (SSIP) since 2017.
Pharm. D (Doctor of Pharmacy) course has also been introduced at LMCP in June 2017. Shri Pankajbhai Patel, CMD, Cadila Healthcare Ltd. (Zydus group) was the inspiration behind commencing the Pharm. D. course at LMCP. It is a 6 years course, affiliated to Gujarat Technological University and includes internship at the Zydus Hospital, Ahmedabad.